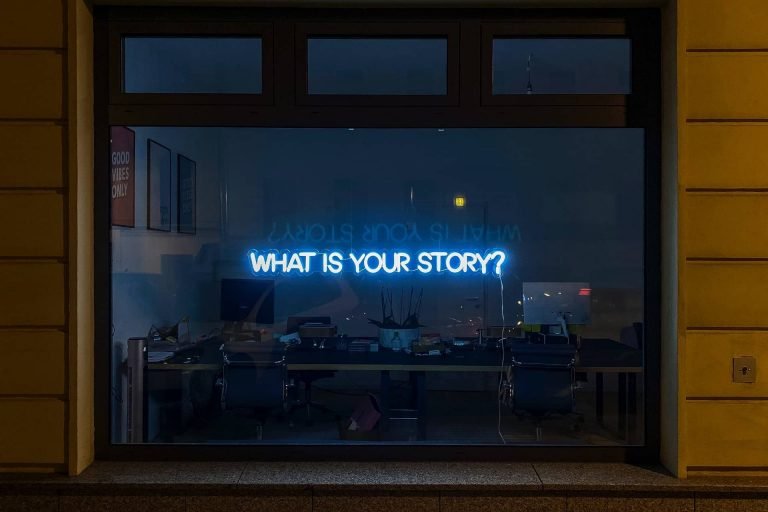 Today, I want to share the reason why I’ve started writing this blog, so strap in, and let’s get started.

I’ve always been the creative type.

When I was a kid, I taught myself how to make websites from scratch. I’d get the biggest kick out of seeing my code transform into a visual design on the screen in front of me.

Other times, I’d use SketchUp, a 3D modelling tool, and spend hours after school building cool-looking houses and designing random stuff like garden gates or a putt-putt golf hole (seriously). One time, I asked my Mum for the plans to our house and built it to scale in SketchUp, then went for a walking tour of my virtual house, apparently completely oblivious to the fact I could do that whenever the hell I wanted with much less effort.

I learnt how to manipulate photos in PhotoShop. There were all these tutorials describing how to take the parts from a photo of a fancy car and edit them onto a photo of a crappy car. I got so good at this that one day I showed a finished photo to my friends at school and they thought I’d just stolen it off a professional photo editor.

I played around with making videos in Windows Movie Maker. I made slideshows using old photos from my Mum’s childhood and set them to music from the same era, for no other reason than it was something to do and because it made her happy.

And then when I finished school with an average grade because I was too busy creating stuff to bother studying, I went to an independent university and literally got a Bachelors Degree in Creative Media.

So yeah, I guess you could say I’ve always been pretty creative.

Writing, however, was never really on my radar.

I remember writing a few stories for English class at school, and I enjoyed it, but I would never have considered it a part of my collection of creative passions. I think I just grew up in a time when computer technology was really starting to take shape, so all my creative endeavours involved the computer, not a pen and a piece of paper.

After I finished my creative degree, all I knew was that the idea of finding a real job sounded shit. I wasn’t the most motivated individual, so I stayed in the same casual job that got me through uni and ended up enrolling in this online course to learn Scriptwriting for films and TV – my first real dabble in writing as a creative outlet.

I was obsessed with movies. I loved the concept of storytelling, and I’d done a scriptwriting class one semester at uni, so I figured I’d enjoy exploring it more. Yet, after 12 months, my course expired, and I’d only completed one topic in that whole time. Hmm, maybe writing wasn’t my thing.

I found myself at a bit of a loss for what to do next.

Then I remembered that a couple years earlier, while I was still at uni, I had come across this guy named Sean Ogle and his blog, Location Rebel (or Location 180 as it was known at the time).

Sean was a few years older than me and decided that he wasn’t content with a 9-to-5 job working for someone else. He wanted the freedom to do what he wanted, when he wanted, while earning money freelancing along the way, so he wrote a blog about it.

This stirred something in me. I realised that I wanted that exact same thing. I wanted the freedom – the time freedom, the location freedom, the financial freedom. It started to make sense why the idea of getting a real job sounded so rubbish when I finished uni.

So, I started trying to freelance.

I knew I had skills in web design, so I set about offering this service to people I knew. I got a couple of jobs out of it, but it was pretty sporadic and I didn’t really show the dedication I needed to get it off the ground.

In hindsight, while I was always good at web design, I fucking hated coding. Sure, the simple stuff was fine, but when you start getting more complicated, it’s the most tedious, annoying, excruciatingly painful and sadistic form of design I’ve ever come across. So, it was a venture doomed from the start.

I gave up and started looking for something “normal” to do, somewhat against my will. In the years that followed, I tried a few different jobs (none of them creative) in between chasing the weekends and travelling overseas when I could barely afford it, resigned to the fact that true freedom was not on the cards for me.

I did actually have a couple more fruitless attempts at freelance web design, but only because I kept forgetting how much it sucked before I ultimately came to the aforementioned conclusion that coding is the work of the devil.

Eventually, I felt a renewed desire for freedom, so I decided to give freelance writing a go instead. That’s how Sean Ogle got started and it’s now what his entire business is built around, so maybe it was worth looking into.

I had a couple of attempts at getting it off the ground, but much like web design, I never showed the commitment I needed to. It wasn’t so much the writing, I enjoyed that. It was the searching for clients. I hated that part of it and my confidence levels weren’t exactly where they needed to be to excel at it.

By now, you can probably see a pattern forming: I tried a bunch of different things to fulfil my ambitions for creative work and freedom, but I ultimately lacked the motivation and execution every time. I started questioning whether I really wanted these things at all.

After ALMOST giving up entirely, I caught a lucky break.

A local copywriting agency was looking for another writer, and a connection was made through friends. I knew that I had the skills to do it and I knew that I wouldn’t be the one that had to source the clients, so I gave it a go.

Fast forward eight months, and I love my job. I really, genuinely enjoy the writing that I do. It’s not total freedom, but it’s something that I love, so it’s a pretty good start.

As it turns out, it seems I was destined for a creative job all along. I just needed to figure out what it would be.

I now consider myself a writer.

That’s why I’ve started this blog.

For me, it’s a way to exercise my writing muscle. A way for me to grow as a writer and a person, and open myself up to opportunities that may come my way in the future.

I’m also still hooked on the idea of freedom, and I genuinely believe that starting this blog will in some way or another push me closer towards my ultimate goal.

The point I’m trying to make is that we may not always end up where we thought we would.

But, unless we start opening ourselves up to opportunities and taking them when they present themselves, we’re gonna find ourselves stuck doing the same old shit till the day we die.

I’ve spent far too many years on the sidelines of my own life, waiting for things to happen for me, and half-arseing any attempt to make them happen myself. Don’t make that same mistake.

I hope you enjoy what I’ve got to say over the coming months, or however long I stick with this before I give up… just kidding, I’m done playing that game. I promise, Mum. Relax!

If you’ve made it this far, thanks for putting up with my ramble. Hopefully it kept you interested enough to read the next one.